Conservation Justice maintained its activities all year long in 2019 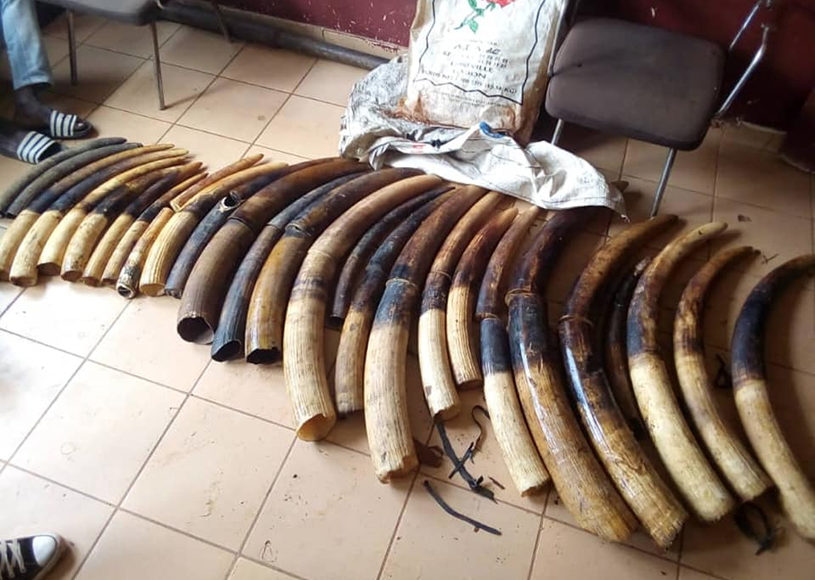 75% of these operations concern ivory smuggling.

Thanks to the new Gabonese legislation (Penal Law), the maximum jail term for ivory smuggling increased in July 2019 from six months to ten years. This important improvement will make a real change and confirms the political will of Gabonese authorities to fight against ivory smuggling.

38 wildlife smugglers have been convicted to 269 days in jail on average. Furthermore, 18 additional ones are waiting for their judgment in jail, one has fled and 6 have been released as there was a lack of evidence against them.

Among the most important cases, we can mention the arrest of 4 wildlife traffickers in North Gabon (Mitzic-Lalara area) with 128 kg of ivory. They have been convicted to 3 years in jail.

Another interesting case concerns an ivory trafficker arrested with 16 elephant tusks. He has been convicted to 2 years in jail and has been banned from Gabon for 5 years.

We can also mention an operation in North-East Gabon (Makokou) bringing the arrest of 2 ivory smugglers with 11 tusks weighing 73 kg. One of them has been convicted to 2 years in jail and his accomplice to 3 months.

In total, 118 elephant tusks weighing 590 kg and 6 leopard skins have been seized by wildlife officials and forces of order thanks to Conservation Justice support.